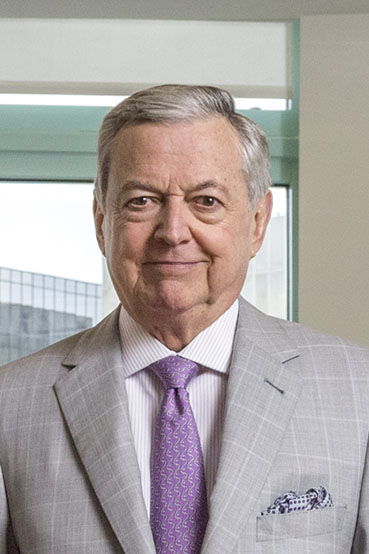 Armando Codina is Founder and Executive Chairman of Codina Partners, LLC, a real estate investment, development, and property management firm based in Coral Gables, Florida. The firm’s portfolio is comprised of residential, commercial, and mixed-use projects including the over one-billion-dollar investment in Downtown Doral, the more-than-one-million-square-foot industrial complex, Beacon Logistics Park, and the transformational ultra-luxury residential rental tower, Regency Tower, which is expected to break ground in the coming months within Downtown Coral Gables. The 250-acre, mixed-use development of Downtown Doral is composed of more than 5,000 residential units, over one million square feet of office space, 250,000 square feet of retail space, Doral Government Center, Downtown Doral Charter Elementary School and Downtown Doral Charter Upper School, Downtown Doral Park, and the soon-to-be-completed Doral Cultural Arts Center. Codina Partners and its affiliates are engaged in multiple real estate development and investment activities. The single-family and townhome affiliate, CC Homes, is rated one of Florida’s top builder-developers and multi-family affiliate, CC Residential, has developed more than 3,500 multi-family units since its founding in 2011.

In addition to serving as CEO and Chairman of his core real estate holdings, Mr. Codina is an active investor and owner of MBB Auto Group, a premium luxury retail automotive group consisting of 15 dealerships in the Northeast that include Mercedes- Benz, BMW, Land Rover, Jaguar, Audi and Toyota. He is also chairman of Kingfisher Land-Secured Bond Fund, L.P.

Mr. Codina served as the Lead Director of the board of BellSouth; on the board of directors of American Airline’s parent company, AMR Corporation where he served in the capacity of Lead Director until December 2013; and on the board of General Motors. He recently served on the board of The Home Depot. In addition, Mr. Codina has served several  professional, civic, and educational organizations, including as a Board of Trustees member of the Urban Institute, and as Chair of the Town Square Neighborhood Development Corporation. He is a Chairman Emeritus of Florida International University, Co-Founder of the Community Partnership for the Homeless, and is a member of the Florida Council of 100, among others.

Most recently, Mr. Codina received the Joseph Wharton Business Statesman of the Year. In March of 2016, Mr. Codina received the United Way prestigious Tocqueville Award for Outstanding Philanthropy. In May of 2015, Mr. Codina was honored with the Vanguard Award by BOMA Miami. In March of 2014, Mr. Codina was received the Greater Miami Chamber of Commerce’s Real Estate Achievers & Leaders Lifetime Achievement Award. Mr. Codina received the Urban Land Institute’s Lifetime Achievement award in September of 2011. Other awards he has received over the past 15 years are: the University of Florida Bergstrom Center Hall of Fame Award; ‘Free Enterpriser of the Year’ by the Florida Council on Economic Education; ‘Developer of the Year’ by the National Association of Industrial and Office Properties (NAIOP); ‘Office Developer of the Year,’ ‘Shopping Center Developer of the Year,’ and ‘Entrepreneur of the Year’ by the Wharton School; the Building Association of South Florida’s Hall of Fame; the Charles Whited ‘Spirit of Excellence Award’ from Knight Ridder Newspapers; ‘Humanitarian of the Year’ award from the American Red Cross; ‘Sand In My Shoes’ lifetime achievement award from the Greater Miami Chamber of Commerce; and the Merage Foundation’s ‘National Leadership’ award, which recognizes leaders whose journeys to the United States as immigrants have made a positive impact on the quality of life for all Americans.